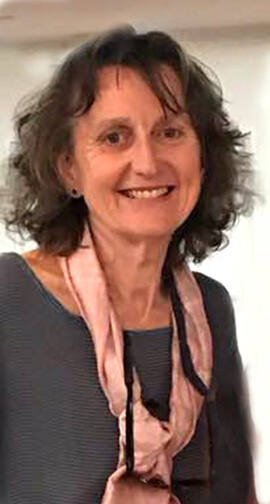 In 2016 on the occasion of their 20th Anniversary The Professional Association for Learning Support Inc (PALS) introduced an Award for Exemplary Practice to be known as The Anne Kennedy Award after their founding President  Anne Kennedy. The inaugural winner was  Sharyn Davis, the  Learning and Support Teacher at Kirrawee High school. In subsequent years the winners have been  Kim Henderson, Bombaderry High School, Rachel Sinclair from Oberon High School and Luke Bracks from Kinross Wolaroi Orange.

The encouraging aspect of the nominations is that Principals not only recognised that their Learning and Support Teachers were a valuable member of their staff but also had a clear understanding of the complexities of the role and its demands. Nominators also emphasised that teachers not only had to work across curriculum areas but also with students, parents and other teachers on a daily basis.

The Anne Kennedy Award is one way we can acknowledge the work of these exceptional teachers. 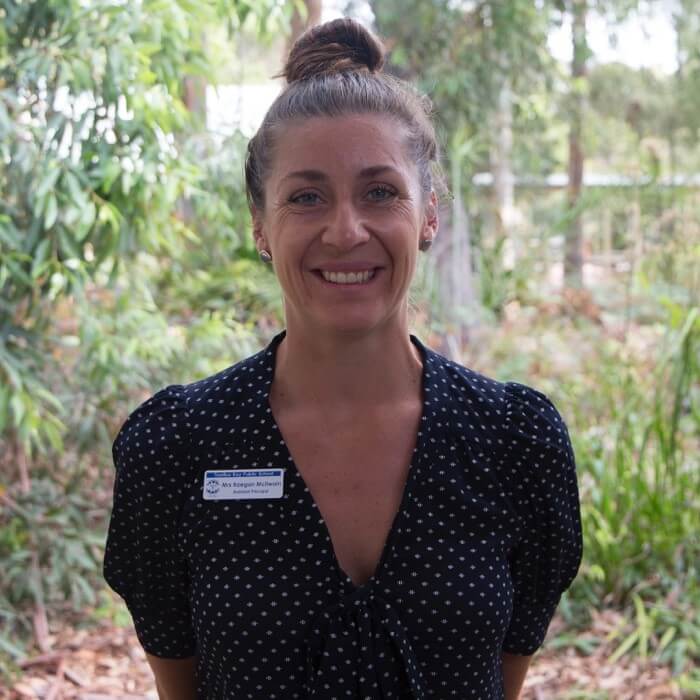 Raegan “ changes lives “ is the leading statement in the nomination statement for  Raegan  Mc Ilwain from Tanilba Bay Public school.   In a very strong field Raegan won the Award from a large number of nominations form across NSW schools and sectors. In this challenging year, the selection panel were very impressed by the quality of the applications for the teachers in a learning support role who exhibited exemplary practice.

The selection process took some time till  the extremely strong field was narrowed down to the following finalists.

A panel then examined the shortlisted nominations until Raegan’s nomination received the Award.

Raegan is yet to be presented with her Award but when she does it will be in a very special year for our Association………in 2021 we will be celebrating 25 years! The Award is named after our founding President Anne Kennedy. 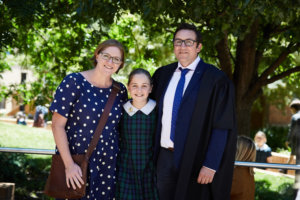 Luke Bracks from Kinross Wolaroi orange is the winner of the Anne Kennedy Award for 2019. He is photographed with his wife and daughter after the final school Assembly for 2019. 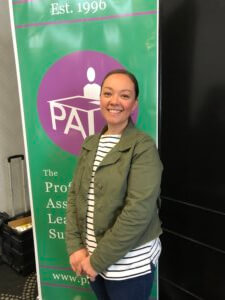 Rachel Sinclair form Oberon High School in the winner of the 2018 Anne Kennedy Award for 2018. This Award was presented at the Successful Learning Conference 2019. This year the Conference, organised by the Sydney School of Education and Social Work, University of Sydney, was celebrating its 25th Anniversary. Dr Paul Wood, Director Early Learning and Primary Education-Learning and Teaching for the Department of Education presented the Award.  The presentation took place at the Cocktail  Reception celebrating the 25th Anniversary of the SLC.

The winner for 2017 is Sharyn Davis, the  Learning and Support Teacher at Kirrawee High School.

There was a very strong field of nominations revealing  the complexities of the role in our schools. Teachers were nominated from all sectors and levels  Some teachers worked a part of a Learning Support team whilst others were the only teacher in their role at their school. Sharyn has a wide range of responsibilities in her school. Her Principal Mr Paul Owens commented on her ability to respond to levels of need within the school, using data as a starting point to design programs that meet specific needs. An example of this is a program Sharyn has introduced to meet the needs of those Year 9 students who at present will not meet the minimum standards for the HSC based on their NAPLAN results. Another aspect of the nomination was Sharyn’s ability to analyse processes and policies making reporting processes and practices relevant to the wide range of student abilities.

Most nominations revealed the large number of additional programs teachers like Sharyn initiate, support and promote. All nominations showed that the learning and support teacher has a diverse role not only teaching students with specific learning difficulties but  having a vital role in the professional development of their colleagues. Some of the nominees were in promotions positions leading a learning support faculty whilst others worked with a Learning Team or the Welfare Team.

The encouraging aspect of the  nominations is the fact that they demonstrated the Principals not only knew that their Learning and Support  teachers were a valuable member of their staff but most had a clear understanding of the complexities of the role and its demands. Nominators also emphasised that teachers not only had to work across curriculum areas but also with students, parents and other teachers on a daily basis.   The Anne Kennedy Award is one way we can acknowledge the work of these exceptional teachers.

On the 25th November at the Annual General Meeting of  our Association we were able to present for the first time the Anne Kennedy Award for Exemplary Practice. Of the teachers nominated two teachers were selected as finalists and the committee then chose Kim Henderson, a LaST who works at Shoalhaven and Bombaderry High Schools…..that in itself is quite an achievement.

We were honoured to have present at the AGM our Founding President Anne Kennedy who made the Award to Kim at the meeting. Prior to making the Award Anne outlined the reasons PALS was started in the first place twenty years ago and expressed her appreciation that PALS has continued to prosper. In our 20th Birthday year we are delighted to have instigated this award and listening to Kim’s accounts of her experiences we were left in no doubt that she was a worthy recipient.

The Award will now be made each year at our AGM. Early in 2017 we intend to ask for nominations. Each nomination must be endorsed by the Principal of the school in which the nominee works.  Realising that many LaSTs work are the only person in their role in the school we do not require that they or the nominator be a member of PALS…..though we would like them to be. We do, however, encourage PALS members to promote the Award through their networks.

Kim Henderson is  an exemplary teacher due to her extensive qualifications and experience, but more importantly due to the way she goes above and beyond in her service as Learning and Support Teacher.  The , students, parents, staff and department owe a great debt to this outstanding person and colleague.

I can recall numerous examples of students who entered high school as troubled, suffering and misguided individuals who have grown to become some of the most respected and admirable people due to Kim Henderson’s guidance and support. Student’s whose education was the least of their concerns that have now achieved their educational goals (some even gaining HSC qualification) and entered the work force as motivated, respectful and confident individuals. There also those students who not be with us to today to honour this magnificent teacher had it not been for her guidance and support.

For each and every student that Kim has helped, there are the confused, struggling parents and guardians, who find a sense calm, strength, hope and understanding in Kim Henderson.

The staff who work with these students call upon Kim’s effective strategies to ensure that their students are able to participate to their full potential. Kim also works collaboratively with executive members of staff due to her extensive knowledge of department policies and procedures. The staff who work with Kim always sing her praises and express their awe of her amazing talent and skill as Learning and Support Teacher.

Beyond the realms of her home schools, Bomaderry High School and Shoalhaven High School, Kim is also vital in the training of whole school groups in Non violent Crisis Intervention.

We use cookies to ensure that we give you the best experience on our website. If you continue to use this site we will assume that you are happy with it.Ok